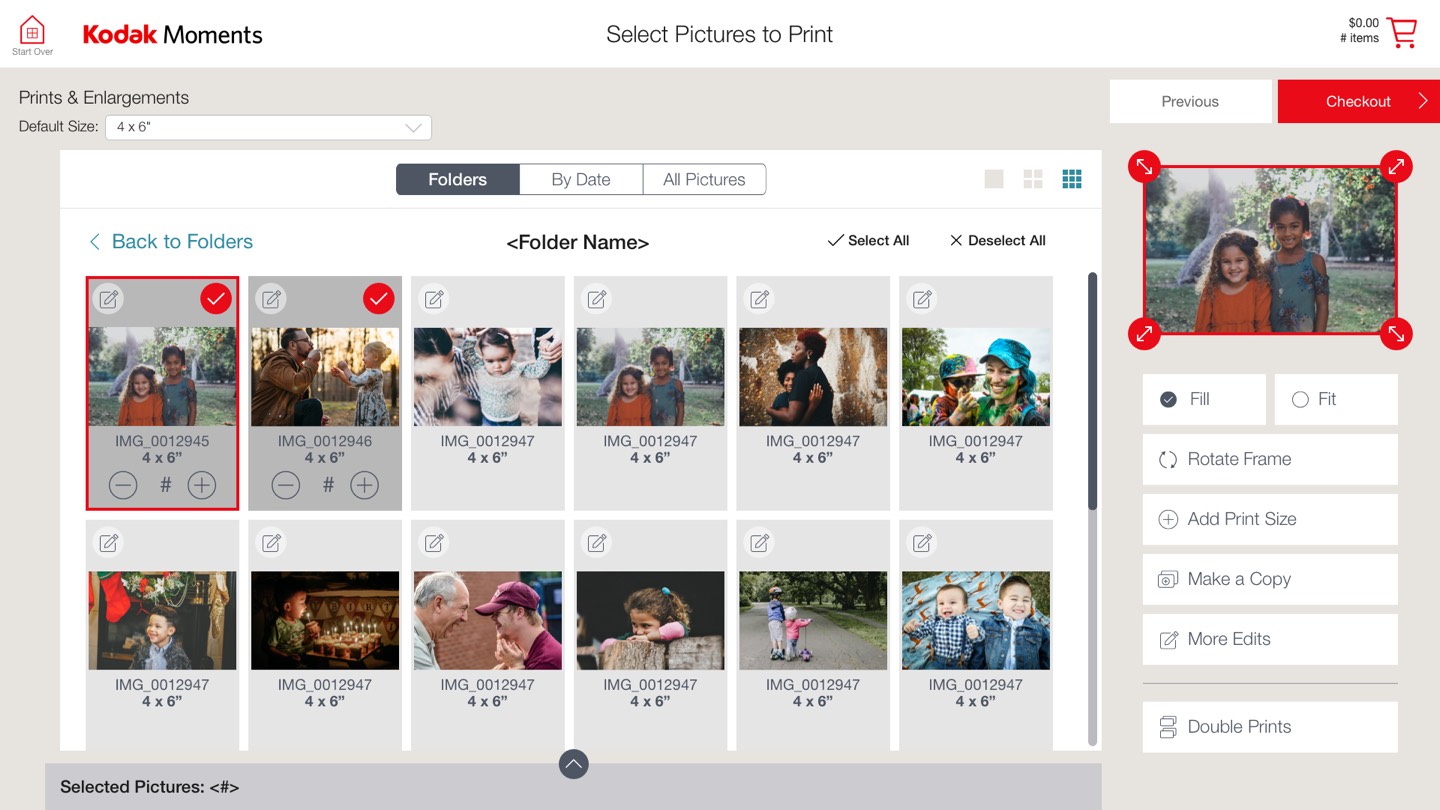 Cropping is the most frequently used editing feature but users were having issues. They didn't understand why some of their photos were printing with white borders instead of their photo filling the printable area. Cropping was also inefficient, taking the user to a separate screen each time. When printing a large amount of photos, the inefficiencies multiplied. This feature provided a solution to these problems.

I worked with the product team as the lead designer for this feature. Our goal was to make cropping more accessible while making it easier to understand what the final print would look like. Without changing the visual design or substantially altering layout, I was responsible for working with the product owner and collaborating with our design team to pitch solutions, define behavior, and mockup a proposal. The final design introduced a crop area in the right sidebar where previously there was none as well as a redesigned "Fit" and "Fill" toggle.

To maintain a level of confidentiality, I'm unable to share more about this project. If you'd like to learn more about my design process, feel free to reach out through email.

→ Email Sam
Back Home
Next Project